Nettles are often associated with their vexing sting – the result of a “compound cocktail” consisting of various neurotransmitters and acids injected into the skin when a person encounters their prickly leaves and stems. But, fear not! Nettles protect themselves in such an irritating way because they house tremendous nutritional and medicinal value, and better yet, they lose their sting once cooked. Read on to learn more about this up-and-coming springtime favorite and experiment with a delicious gnocchi-esque recipe.

The prickles on these perennial plants, native to North America, Europe, Asia, and the northern regions of Africa, are called “trichomes”, which inject passersby with chemicals including histamine and formic acid (the same acid injected by many biting insects, like ants).  Even their uncomfortable sting, though, can be beneficial.  In a treatment called urtication, fresh nettles are slapped against arthritic limbs to encourage circulation and warm joints to alleviate pain.

Despite nettle’s initially cranky response to being touched, when consumed it regulates inflammatory pathways, which allow cells to protect the body from infections and tissue damage.  Nettles also support upper respiratory health, thereby preventing nasal congestion, sore throats, and other upper respiratory infections.  They contain protein (33.8%) and fiber (9.1%), and are a good source of energy and bioactive compounds, which promote good health and may prevent cancer, heart disease, and other ailments.  Nettles are rich in iron, fatty acids, potassium, carotenoids, mineral salts, calcium, manganese, sodium, chlorophyll, and vitamins A, C, and K.  “Great!” you exclaim.  “So, where do I buy these power-packed bundles?”  Well, dear reader, look no further than the next section of this post!

Nettles grow June through January, but are best harvested and consumed in the spring when they first grow because the leaves are smaller and more tender.  These native plants are often considered weeds, but subjecting them to the abuse of a weed wacker, scuffle hoe, or even herbicides (*gasp*) seems criminal when considering their health benefits and their valuable quality of contributing to native biodiversity.

Nettles are most easily found through foraging since they grow abundantly, especially along roads, trails, waterways, and edges of fields, lawns, and farm rows.  However, they can be purchased at stores and farmer’s markets as well if you do not feel inclined to forage.  When shopping for nettle, look for bright green leaves with pale green undersides, and consider how the nettle was grown and harvested.  Reflecting on a food’s origin, cultural significance, environmental impacts, and whether it was cultivated sustainably, organically, and humanely are always important first steps to buying ingredients for any meal, including the ingredient nettle!

Cooking Tip: Wear gloves while preparing nettles to be cooked (unless you are anxious to practice urtication on your hands!).

1. Blanche stinging nettles in boiling water for a minute. Drain, shock with cold water, and squeeze out as much excess water as possible. Chop finely to fill a loose cup.

2. Drain ricotta and stir into a large bowl with parmesan, eggs, chopped nettles, a dash of nutmeg, and seasoning. Slowly add flour. The mixture should be damp and tacky without sticking to hands. If a half cup of flour isn’t enough to prevent sticking, keep adding a little more at a time until you can form a wet ball in your hand without it adhering.

3. Prepare a work surface by sprinkling it generously with flour.  Take a snowball-sized handful of cheese-nettle mixture and roll it in flour until thoroughly coated.  Roll out into a snake with a half-inch to inch diameter depending on preference. Cut into gnudi “pillows”. Dredge the cut ends in flour and shape each pillow as desired. Set aside on floured plate.

4. Boil gnudi in batches in salted water. They’re done when they float to the surface. Use a slotted spoon to remove from boiling water to a clean plate. Place cooked gnudi on wax paper on a cookie sheet. Boil a batch after each snowball’s worth of filling is shaped. While that batch is boiling (it only takes a couple minutes), move the previous boiled batch from plate to wax paper. Then continue with another handful.

F.O.O.D. Focus on the Organic Difference

Profile and recipe from Ellisa Miller of Walnut Kitchen Homestead of Orange, MA
By Christy Bassett for The Organic Food Guide and NOFA/Mass

Elissa and her family are small scale farmers in the North Quabbin region of central Massachusetts.  With a focus on organically fed and humanely raised pigs and chickens, Walnut Kitchen Homestead is known for the quality local food that they produce.  Follow them online at walnutkitchenhomestead.com, on Facebook, Instagram, Twitter and right here on The Organic Food Guide.

Speaking of quality local food, if you’re feeling indulgent, treat yourself to this amazingly rich and decadent dessert drink made from organic pasture-raised eggs, raw milk and Massachusetts maple syrup.  This homemade egg nog will get your name on everyone’s guest list this holiday season. 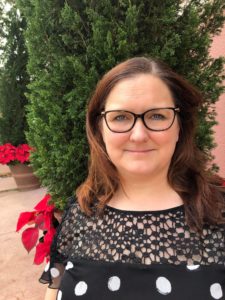 Are you a farmer, gardener, homesteader, consumer, landscaper or food activist?

I’d classify myself as a farmer these days, although back when I started getting into farming I would have chosen homesteader.

What type of food to do grow, if any?  Do you sell it and where?

The focus of our farm is about producing high quality animal products, but we do have a couple side ventures as well (cut flowers, for instance).  Walnut Kitchen Homestead (WKH) is mostly known for the pork and eggs we sell, but we also have seasonally dependent supplies of lamb, chicken, and goat. Every week we go to the local markets to sell our products: Orange, Athol, Petersham, and also Princeton.  If a customer has a request to purchase outside of those days, we are happy to try and accommodate if we are contacted.

Why do you love local food?

I love local food (and locally created products) because I think it is so important to keep communities alive. There are several arguments out there on why local is better: reduced carbon emissions from transport, ability to support animal/plant species biodiversity, all the way through indirectly supporting local bee/pollinator populations.  And while these are all valid, I love nothing more than the sense of connection that I have to a place when I am able to buy my tomatoes, potatoes, peppers, and garlic from those who live here and work on the same general land area as I do. Not to mention, the food usually tastes better!

Why do you choose organic?

There is a distinction that I find important between Certified/USDA Organic and non-certified, but raised with organic standards in mind.  Either of these are valid choices, but when I choose organic, I focus on looking for products where I understand how they are produced, more so than the official ‘Certified Organic’ label.  This is because I prioritize local over organic.

I want any animal’s products that I’m buying to have had good welfare standards – and if a cow was sick two years ago and needed non-organic treatment to recover, then I will quite happily buy from a producer who uses the animal’s welfare as their first priority.  However, the aforementioned scenario is a far cry from some forms of conventional farming that I have witnessed in the Midwest, where gallons of herbicides/pesticides are sprayed onto crops with the potential to contaminate run-off water during heavy rain.

Why do you love Massachusetts?

My family has moved quite a bit over the past twenty years.  I don’t generally put down much in the way of roots when I get somewhere, but my husband and I think this is the place we are going to be for a while, and it’s because Massachusetts feels like home.  We love our neighbors, the hill towns, maple syrup, winding roads, and crisp air first thing in the morning. 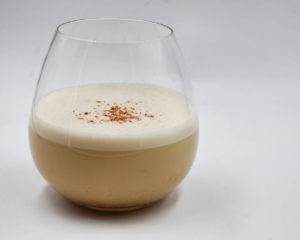 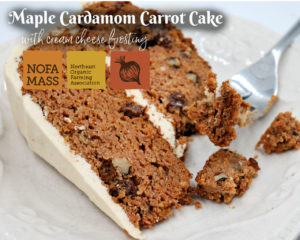 F.O.O.D. Focus on the Organic Difference

Pulling carrots from the ground is one of my all time favorite gardening activities.  The bright green tops waving in the wind like a flag declare that there is more than meets the eye beneath the surface.  I grasp each banner individually, visualizing the hefty root that will be uncovered when I finally tug it free from the soil. 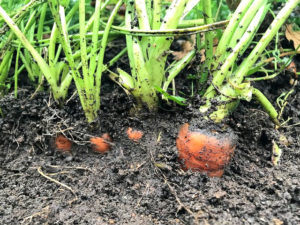 I know you’re in there, carrots…

More often than not, my ideas of carrot bounty are not quite actualized, since I never tend to thin them properly or pay close enough attention to the garden as they are growing.  The slender threadlike root stares back at me as I decide whether it is worth bringing into the kitchen or handing straight to the goats.  But, sometimes, the size of the prize exceeds my expectations.  It is a psychological rush to be rewarded with the occasional jackpot when you are bracing yourself for disappointment. 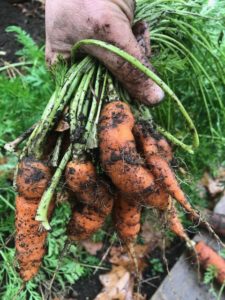 This year, our organic rainbow carrots were the stars of show.  Likely due to Mother Nature keeping the ground continually moist and NOFA/Mass enlightening us on soil amendments, we seem to have struck it rich in root vegetables.  I’m not complaining.  When life gives you carrots, make carrot cake.  Especially if it is this grain-free, organic, Scandinavian spiced, version of carrot cake.

Rinsing the dirt from these beauties was so gratifying. 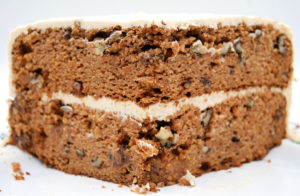